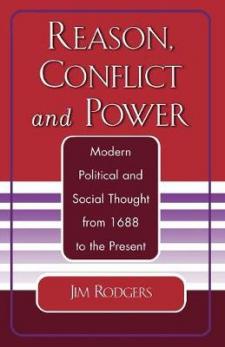 In Reason, Conflict and Power, Jim Rodgers provides an analytic, general survey of major political and social theorists of the "modern" era, from 1688 to the present. Major political belief systems are described and explained in a manner that is clearly connected to the chief writers of democratic capitalism, socialism, fascism, nationalism, feminism, and environmentalism, from a historical perspective. Patterns of social thought pertaining to large, private and public organizations, social systems, social conflict and behavior are incorporated into this concise examination of great political and social thinkers and their ideas.