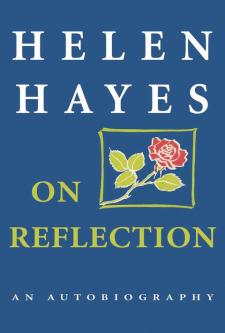 In addressing her grandchildren in the foreword to this autobiography, Helen Hayes writes: 'It is no longer fashionable to have faith; but your grandmother has never been famous for her chic.' It is, in fact, because of her tenacious faith in the world that Helen Hayes decided to write this book as a legacy for her grandchildren; to be read one day when they are grown. In setting down all the family stories, the backstage anecdotes and her recollections of spiritual struggle, she has produced a legacy for all of us. After years of unwillingness to discuss her private world—which even her bestselling book A Gift of Joy did not do—she has looked beyond her legend and directly at life’s lessons as she was forced to learn them. Deeply moving and affectionately witty, her autobiography is an affirmation of the faith that first gave it impetus. All the Helens are here: the ‘unrehearsed’ child and her shy but ambitious mother; the young actress who so appealed to such luminaries as John Drew and William Gillette; the young woman who forged a marriage with a brilliant renegade named Charles MacArthur; the mother of Mary and Jim; the keeper of an endless procession of hilariously tyrannical poodles; the friend of Fitzgerald, Harpo Marx and Dietrich; the lady who became out ‘First Lady of the Theater’; the mature woman, looking forward; and still, and always, the actress. On Reflection is in every sense, an unforgettable book.