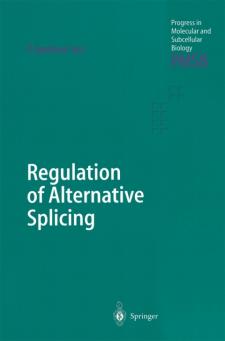 The discovery in 1977 that genes are split into exons and introns has done away with the one gene - one protein dogma. Indeed, the removal of introns from the primary RNA transcript is not necessarily straightforward since there may be optional pathways leading to different messenger RNAs and consequently to different proteins. Examples of such an alternative splicing mechanism cover all fields of biology. Moreover, there are plenty of occurrences where deviant splicing can have pathological effects. Despite the high number of specific cases of alternative splicing, it was not until recently that the generality and extent of this phenomenon was fully appreciated. A superficial reading of the preliminary sequence of the human genome published in 2001 led to the surprising, and even deceiving to many scientists, low number of genes (around 32,000) which contrasted with the much higher figure around 150,000 which was previously envisioned. Attempts to make a global assessment of the use of alternative splicing are recent and rely essentially on the comparison of genomic mRNA and EST sequences as reviewed by Thanaraj and Stamm in the first chapter of this volume. Most recent estimates suggest that 40-60% of human genes might be alternatively spliced, as opposed to about 22% for C. elegans.