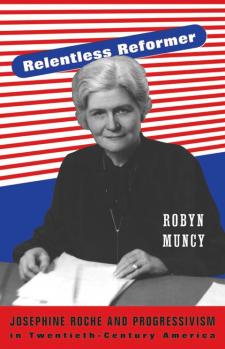 Josephine Roche (1886–1976) was a progressive activist, New Deal policymaker, and businesswoman. As a pro-labor and feminist member of Franklin D. Roosevelt's administration, she shaped the founding legislation of the U.S. welfare state and generated the national conversation about health-care policy that Americans are still having today. In this gripping biography, Robyn Muncy offers Roche’s persistent progressivism as evidence for surprising continuities among the Progressive Era, the New Deal, and the Great Society. Muncy explains that Roche became the second-highest-ranking woman in the New Deal government after running a Colorado coal company in partnership with coal miners themselves. Once in office, Roche developed a national health plan that was stymied by World War II but enacted piecemeal during the postwar period, culminating in Medicare and Medicaid in the 1960s. By then, Roche directed the United Mine Workers of America Welfare and Retirement Fund, an initiative aimed at bolstering the labor movement, advancing managed health care, and reorganizing medicine to facilitate national health insurance, one of Roche’s unrealized dreams. In Relentless Reformer, Muncy uses Roche’s dramatic life story—from her stint as Denver’s first policewoman in 1912 to her fight against a murderous labor union official in 1972—as a unique vantage point from which to examine the challenges that women have faced in public life and to reassess the meaning and trajectory of progressive reform.