Religion and Politics in South Asia 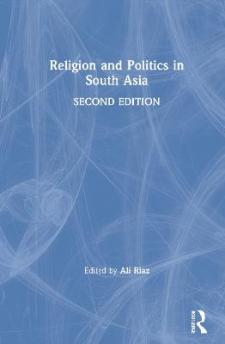 This revised edition of Religion and Politics in South Asia presents a comprehensive analysis of the interaction of religion and politics in Afghanistan, Bangladesh, India, the Maldives, Nepal, Pakistan, and Sri Lanka.

The book highlights that in recent decades, religion, religio-political parties, and religious rhetoric have become dominant features of the political scenes in all seven countries. By presenting each country's political system and the socio-economic environment within which the interactions of religion and politics are taking place, chapters explore various factors that affect both the lives of people in the region and global politics. Designed in an easy-to-follow structure, the book includes sections on the history and politics, major religions and religious composition of the population, legal and constitutional provisions regarding religion, religious freedom and the treatment of minorities, the political landscape, and religio-political parties and groups within the countries. In doing so, the book addresses concerns including the effects of religio-political interactions on political stability, human rights, and the implications for internal and external security situations.