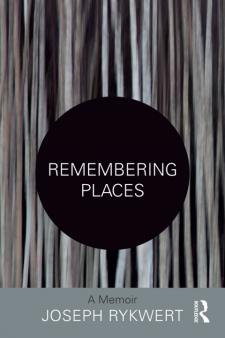 Born in Warsaw in 1926, Joseph Rykwert is one of the best-known critics and historians of architecture. One of very few writers to be awarded the RIBA’s highest honour, the Royal Gold Medal, in 2014, and author of countless books and essays, his influence over the past 60 years cannot be underestimated. In this memoir he tells for the first time of how his life’s experiences shaped his working life. He addresses the dualities between which he had to navigate: Jewish/Polish, Polish/British and later, Practice/Scholarship. He spent most of his working life between the US and UK and worked both as a designer and a writer; as such his ground-breaking ideas and work have had a major impact on the thinking of architects and designers since the 1960s and continue to do so to this day.