From Renaissance to Baroque 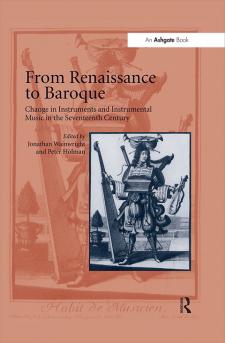 Historians of instruments and instrumental music have long recognised that there was a period of profound change in the seventeenth century, when the consorts or families of instruments developed during the Renaissance were replaced by the new models of the Baroque period. Yet the process is still poorly understood, in part because each instrument has traditionally been considered in isolation, and changes in design have rarely been related to changes in the way instruments were used, or what they played. The essays in this book are by distinguished international authors that include specialists in particular instruments together with those interested in such topics as the early history of the orchestra, iconography, pitch and continuo practice. The book will appeal to instrument makers and academics who have an interest in achieving a better understanding of the process of change in the seventeenth century, but the book also raises questions that any historically aware performer ought to be asking about the performance of Baroque music. What sorts of instruments should be used? At what pitch? In which temperament? In what numbers and/or combinations? For this reason, the book will be invaluable to performers, academics, instrument makers and anyone interested in the fascinating period of change from the 'Renaissance' to the 'Baroque'.