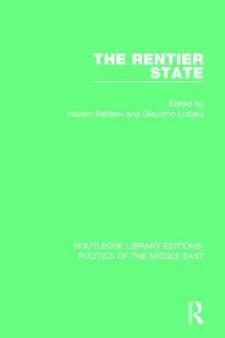 This volume, first published in 1987, is devoted to a discussion of interrelations of the economic base with the cultural, social and political structures, and of its impact on the state. The 'rentier states' of the Middle East, which derive a substantial part of their revenue from foreign sources in the form of rent, largely oil revenues, face the same basic problem, the challenge of transforming their economies to give increased strength to productive activity and rely on its progress to increase state revenue from domestic sources. This book, Volume Two in the Nation, State and Integration in the Arab World research project carried out by the Istituto Affari Internazionali, examine the issue of the modernization of rentier states' public finance, which may well entail important modifications in their domestic politics.