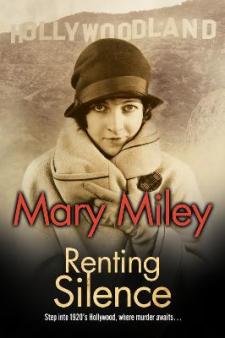 Can 1920's script girl Jessie do Mary Pickford's bidding and uncover a real killer? When Jessie is asked by her idol, the famous actress Mary Pickford, if she can do some private investigating for her, Jessie reluctantly accepts. A girl was found stabbed in her bedroom with another woman lying unconscious on the floor next to her, a bloody knife in her hand. With no police investigation into the murder, it's up to Jessie to hone her amateur detective skills and prove the girls innocence before she hangs for murder. But as Jessie travels through the roaring twenties world of Hollywood and movies, surreptitiously interviewing fellow travelling performers, she struggles to find the connection she needs. And with her love interest David seemingly involved in seedy dealings, can she uncover the killer's identity before she too is endangered?