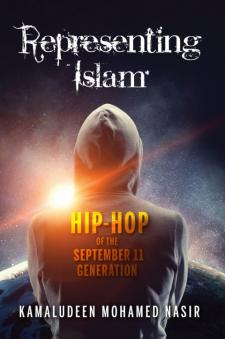 How do Muslims who grew up after September 11 balance their love for hip-hop with their devotion to Islam? How do they live the piety and modesty called for by their faith while celebrating an art form defined, in part, by overt sexuality, violence, and profanity?

In Representing Islam, Kamaludeen Mohamed Nasir explores the tension between Islam and the global popularity of hip-hop, including attempts by the hip-hop ummah, or community, to draw from the struggles of African Americans in order to articulate the human rights abuses Muslims face. Nasir explores state management of hip-hop culture and how Muslim hip-hoppers are attempting to "Islamize" the genre's performance and jargon to bring the music more in line with religious requirements, which are perhaps even more fraught for female artists who struggle with who has the right to speak for Muslim women. Nasir also investigates the vibrant underground hip-hop culture that exists online. For fans living in conservative countries, social media offers an opportunity to explore and discuss hip-hop when more traditional avenues have been closed.

Representing Islam considers the complex and multifaceted rise of hip-hop on a global stage and, in doing so, asks broader questions about how Islam is represented in this global community.