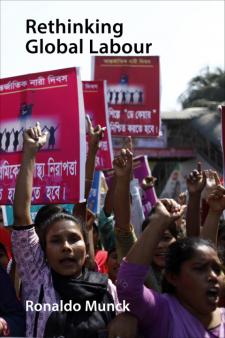 Far from witnessing the beginning of the end of organized labour as a major political force, Rethinking Global Labour argues that, post-financial crisis, we are entering a new era for workers and their organizations in which they will begin to impact decisively on the new global order. In exploring the potential futures for the world’s workers, the book provides an insightful account of how globalization has created a new global working class while increasing the insecurity and precarious nature of most employment. Moving beyond categories of North and South, Munck argues that the new global class of workers will be central both to the future of globalization and to its possible alternatives. In some ways the book poses a “return to the future” drawing parallels with the birth of the labour and democratic movements before the consolidation of nation states. At a time of growing unease with the negative effects of economic globalization, Rethinking Global Labour offers an important assessment of global labour and its potential for organization.