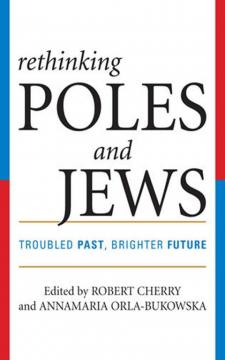 Since Polish Catholics embraced some anti-Jewish notions and actions prior to WWII, many intertwined the Nazi death camps in Poland with Polish anti-Semitism. As a result, more so than local non-Jewish population in other Nazi-occupied countries, Polish Catholics were considered active collaborators in the destruction of European Jewry. Through the presentation of these negative images in Holocaust literature, documentaries, and teaching, these stereotypes have been sustained and infect attitudes toward contemporary Poland, impacting on Jewish youth trips there from Israel and the United States. This book focuses on the role of Holocaust-related material in perpetuating anti-Polish images and describes organizational efforts to combat them. Without minimizing contemporary Polish anti-Semitism, it also presents more positive material on contemporary Polish-American organizations and Jewish life in Poland. To our knowledge this will be the first book to document systematically the anti-Polish images in Holocaust material, to describe ongoing efforts to combat these negative stereotypes, and to emphasize the positive role of the Polish Catholic community in the resurgence of Jewish life in Poland. Thus, this book will present new information that will be of value to Holocaust Studies and the 100,000 annual foreign visitors to the German death camps in Poland.