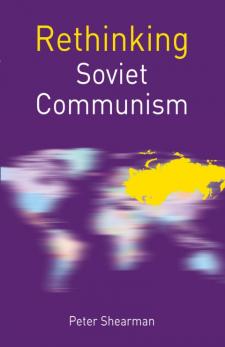 The Soviet Union and the communist ideology on which it was founded were central to a great number of people's lives and pivotal to international relations for decades, most clearly in giving rise to the Cold War. Soviet Communism provided an alternative path forward, set apart from liberal capitalism and also from the various strands of fascism that took root in the early twentieth century, and its legacy can still be felt across the contemporary globe. This innovative analysis of Soviet Communism offers a fresh perspective on the Soviet Union's role in world politics by paying particular attention to the influence of Soviet ideology and the balance of power on different regions of the world, including the West, the Third World, and the East European Soviet bloc. A central theme of the book is the diverse effects nationalism had on the Soviet Union, which the author argues not only played an important and often overlooked part in shaping Bolshevik policy but also contributed to the demise of Soviet Communism and the collapse of the USSR.