A Return to Justice 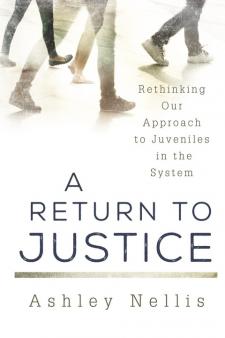 Juveniles who commit crimes often find themselves in court systems that do not account for their young age, but it wasn’t always this way. The original aim of a separate juvenile justice system was to treat young offenders as the children they were, considering their unique child status and amenability for reform. Now, after years punishing young offenders as if they were adults, slowly the justice system is making changes that would allow the original vision for juvenile justice to finally materialize. In its original design, the founders focused on treating youth offenders separately from adults and with a different approach. The hallmarks of this approach appreciated the fact that youth cannot fully understand the consequences of their actions and are therefore worthy of reduced culpability. The original design for youth justice prioritized brief and confidential contact with the juvenile justice system, so as to avoid the stigma that would otherwise mar a youth’s chances for success upon release. Rehabilitation was seen as the priority, and efforts to redirect wayward youth were to be implemented when possible and appropriate. The original tenets of the juvenile justice system were slowly dismantled and replaced with a system more like the adult criminal justice system, one which takes no account of age. In recent years, the tide has turned again. The number of incarcerated youth has been cut in half nationally. In addition, juvenile justice practices are increasingly guided by scholarship in adolescent development that confirms important differences between youth and adults. And, states and localities are choosing to invest in evidence based approaches to juvenile crime prevention and intervention rather than in facilities to lock up errant youth. This book assesses the strategies and policies that have produced these important shifts in direction. Important contributing factors include the declining incidence of youth-committed crime, advances in adolescent brain science, nationwide budgetary concerns, focused advocacy with policymakers and practitioners, and successful public education campaigns that address extreme sanctions for youth such as solitary confinement and life sentences without the possibility of parole. Yet more needs to be done. The U.S. Supreme Court has recently voiced its unfaltering conclusion that children are different from adults in a series of landmark cases. The question now is how to take advantage of the opportunity for juvenile justice reform of the kind that would reorient the juvenile justice system to its original intent both in policy and practice, and would return to a system that treats children as children. Using case examples throughout, Nellis offers a compelling history and shows how we might continue on the road to reform.