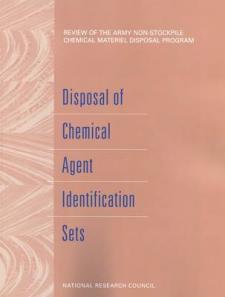 This study is a review and evaluation of the U.S. Army's Report to Congress on Alternative Approaches for the Treatment and Disposal of Chemical Agent Identification Sets (CAIS). CAIS are test kits that were used to train soldiers from 1928 to 1969 in defensive responses to a chemical attack. They contain samples of chemicals that had been or might have been used by opponents as chemical warfare agents. The Army's baseline approach for treating and disposing of CAIS has been to develop a mobile treatment system, called the Rapid Response System (RRS), which can be carried by several large over-the-road trailers.