Revolution And Intervention In Grenada 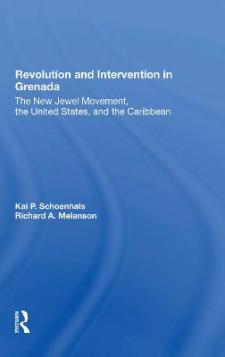 In Part 1 of this book, Dr. Schoenhals places the Grenadian Revolution and its aftermath in historical perspective. He explores the Anglo-French rivalry over the island, the period of slavery, and the British colonial administration and gives particular emphasis to the Gairy decades (1951-1979). His discussion of the People's Revolutionary Government is based on extensive Interviews with the leadership of the New Jewel Movement, foreign diplomats, and Grenadian citizens, and on a review of documents captured by the United States during occupation of the island. In Part 2, Dr. Melanson, after briefly reviewing the nature of U.S. interests In the region and U.S.-Caribbean relations during the Nixon years, focuses on the Carter and Reagan administrations' policies in the Caribbean and relations with the Grenadian government. He examines the justification offered by President Reagan for the 1983 intervention, domestic responses to the action in the United States, and its implications for Reagan's Central American policies. Finally, he considers whether the action will prove to be a prelude to a new domestic consensus about the use of U.S. military power in the Third World.