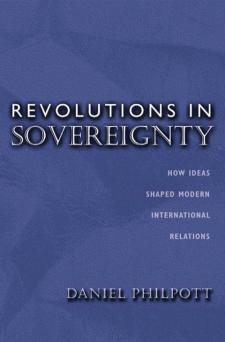 How did the world come to be organized into sovereign states? Daniel Philpott argues that two historical revolutions in ideas are responsible. First, the Protestant Reformation ended medieval Christendom and brought a system of sovereign states in Europe, culminating at the Peace of Westphalia in 1648. Second, ideas of equality and colonial nationalism brought a sweeping end to colonial empires around 1960, spreading the sovereign states system to the rest of the globe. In both cases, revolutions in ideas about legitimate political authority profoundly altered the &quote;constitution&quote; that establishes basic authority in the international system. Ideas exercised influence first by shaping popular identities, then by exercising social power upon the elites who could bring about new international constitutions. Swaths of early modern Europeans, for instance, arrived at Protestant beliefs, then fought against the temporal powers of the Church on behalf of the sovereignty of secular princes, who could overthrow the formidable remains of a unified medieval Christendom. In the second revolution, colonial nationalists, domestic opponents of empire, and rival superpowers pressured European cabinets to relinquish their colonies in the name of equality and nationalism, resulting in a global system of sovereign states. Bringing new theoretical and historical depth to the study of international relations, Philpott demonstrates that while shifts in military, economic, and other forms of material power cannot be overlooked, only ideas can explain how the world came to be organized into a system of sovereign states.