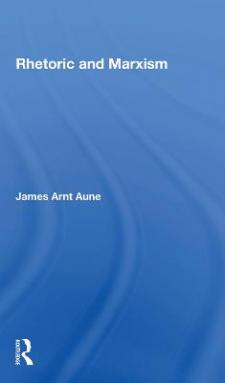 This book is the first extended study about the relationship between Marxism and the rhetorical tradition. Aune suggests that the classical texts of Marx and Engels wavered incoherently between positivist and romantic views of language and communication-views made possible by the decline of the rhetorical tradition as a cultural force. Though Western Marxism attempted to resolve this incoherence, it lacked a satisfactory theory of its own. Aune argues that the liberating impulse of Marxist tradition, ultimately, would be better served if we paid closer attention to the rhetorical history of the labor movement and to the role of public discourse in arousing or quieting revolutionary consciousness.