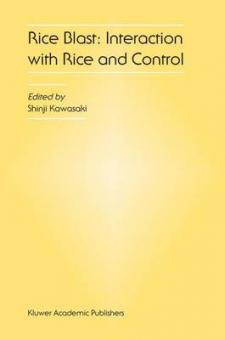 For the researchers of rice blast disease and plant blast resistances, IRBC is an important chance to exchange information and discussion on rice blast, which has been a rather minor topic on international plant pathological meetings. Especially for those in Asia, where the blast is one the most important agricultural concerns, IRBC was a unique opportunity to discuss on rice blast with scientists in the West, in where it is achieving the positions of a model pathogen and a model system to study plant microbe interactions. However, I and probably many of Japanese blast researchers have felt an accumulated frustration that, in world plant pathological conferences, the information presented from Asia is only a small fraction although they have much more information that may be valuable for world plant pathologists and resistance researchers. I have noticed also some concept gaps between the researchers in East and West, particularly in the field resistance and the multiline system. There seems to be few who study field resistance and multilines in the West, while in Japan they are expected to become mainstream strategies to suppress the disease. Surely there is a great value in rd having 3 IRBC in Japan for cultivating wider communication between the scientists of the East and West.