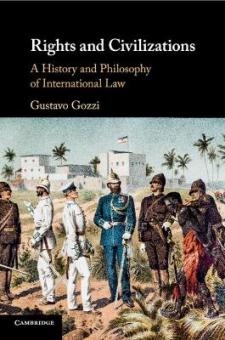 Rights and Civilizations, translated from the Italian original, traces a history of international law to illustrate the origins of the Western colonial project and its attempts to civilize the non-European world. The book, ranging from the sixteenth century to the twenty-first, explains how the West sought to justify its own colonial conquests through an ideology that revolved around the idea of its own assumed superiority, variously attributed to Christian peoples (in the early modern age), Western 'civil' peoples (in the nineteenth century), and 'developed' peoples (at the beginning of the twentieth century), and now to democratic Western peoples. In outlining this history and discourse, the book shows that, while the Western conception may style itself as universal, it is in fact relative. This comes out by bringing the Western civilization into comparison with others, mainly the Islamic one, suggesting the need for an 'intercivilizational' approach to international law.