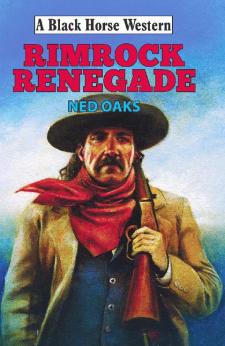 Hank Chesham spent five years in a New Mexico prison, convicted of a crime he didn't commit. When he was finally released, he only wanted to return home to his ranch, the Rimrock, and resume his old life. But then he discovered that he had been betrayed by both his wife, Phoebe, and his best friend, Ted Flynn, who had conspired to steal the Rimrock from him. Now Chesham has but one thing on his mind: vengeance. Before he can take action, however, Flynn unleashes some of his hired killers and nearly succeeds in murdering the Rimrock's real owner. Chesham barely survives after he is secretly nursed back to health by his former wife's sister, Mandy. They decide to make a future together. Back in fighting shape, Chesham takes the fight to Ted Flynn, and he will stop at nothing until he brings his enemies to their knees and reclaims what is rightfully his.