The Rise and Fall of Emerging Powers 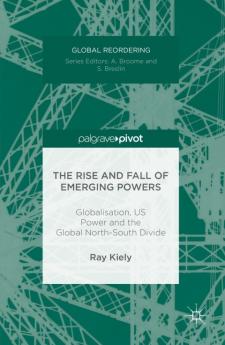 This book critically examines the argument that the Global South has risen in recent years, that its rise has intensified since the 2008 financial crisis, and that this in turn has hastened the decline of the West and the US in particular. Drawing on critical theories of international relations and development, Kiely puts the rise into context and shows how the factors that aided the rise of the South have now given way to a less favourable international context. Indeed, economic problems in China and other leading countries, falling commodity prices and capital outflows point us in the direction of identifying a new phase of the 2008 financial crisis: an emerging markets crisis. Kiely argues that this is a crisis which demonstrates the continued dependent position of the South in the context of the uneven and combined development of international capitalism.