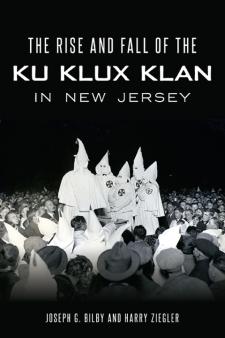 This revealing history chronicles the rise of the KKK in 1920s New Jersey and the backlash it faced from the state's immigrant communities. As one of the nations most diverse states, New Jersey is celebrated for its strong communities built across religious and ethnic lines. But the Mid-Atlantic state is not immune to the ills of bigotry and racism. When the Ku Klux Klan began to reemerge in the first half of the twentieth century, it found a home for a time in New Jersey. Arthur H. Bell, a former vaudevillian turned KKK Grand Dragon, used the tactics of public theater to advertise and recruit for the secret society. In a time of heightened xenophobia during World War I, many white Protestants were already suspicious of their Catholic and Jewish neighborsa trend Arthur used to his advantage. But the organization's rise was soon met with a forceful backlash. At a massive riot in Perth Amboy, thousands of immigrants besieged a few hundred Klansmen and ran them out of town. This detailed history chronicles the brief rise of the Ku Klux Klan and how brave New Jersey residents collectively stood up to bigotry.