The Rise of Autonomous Smart Cities 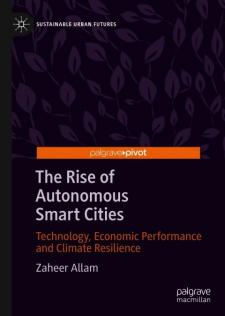 ​This book introduces the concept of the ‘autonomous city’- a concept that has been developed from the ‘smart cities’ model that is based on a city’s ability to gather data and taking it one step further.  The digital revolution has brought about numerous changes in the urban realm, along with the understanding that technology can aid in increasing the performance and efficiency of urban areas. This technology has given rise to a wealth of data allowing urban leaders to respond better to crisis and craft policies that increase the liveability of urban areas. The ‘autonomous city’ explores the possibility of urban areas evolving from the dimension of data gathering to that of action response – so a city able to collect data and render real time decisions to self-manage a variety of functions based on its interpretation of that data. The book discusses how this could lead to the automation of select urban dimensions for increased efficiency and performance, but also details how such a process would require careful consideration when put into practice.  This book will be a valuable resource for scholars and students across Urban Planning, Sustainability and STS, as well as practitioners and policy makers involved in the development of urban life.