Roman Elections in the Age of Cicero 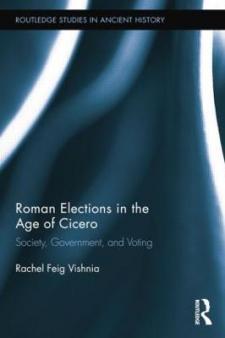 Great debate exists amongst classical historians on the nature of Roman republican government. Some contend that the Roman Republic was governed by a small group of aristocratic families that entrenched their rule by means of long-standing alliances and an intricate network of loyal clients from the lower echelons of society. Others contest the definition of the republican government as oligarchic, maintaining that the Roman elite did not operate in a political vacuum and that Polybius' judgment, which concedes a democratic element in the Roman constitution as embodied in the powers of the popular assemblies, cannot be simply swept aside. This debate has found its way into various scholarly works, but, until now, no single volume has been dedicated specifically to elections and electioneering, a sphere where the people-according to these interpretations-played a central if not a crucial role. Roman Elections in the Age of Cicero provides new and intriguing insights into the nature of Roman republican government and the people's actual powers, but also addresses questions relevant to elections in our own societies today.