Romanesque Architecture and its Sculptural Decoration in Christian Spain, 1000-1120 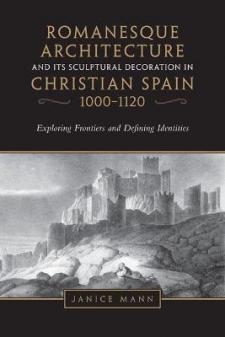 The decades following the year 1000 marked a watershed in the history of the Iberian Peninsula when the balance of power shifted from Muslims to Christians. During this crucial period of religious and political change, Romanesque churches were constructed for the first time in Spain. Romanesque Architecture and Its Sculptural Decoration in Christian Spain, 1000-1120 examines how the financial patronage of newly empowered local rulers allowed Romanesque architecture and sculptural decoration to significantly redefine the cultural identities of those who lived in the frontier kingdoms of Christian Spain. Proceeding chronologically, Janice Mann studies the earliest Romanesque monuments constructed by Sancho el Mayor (r.1004-1035) and his wife, daughters, and granddaughters, as well as those that were built by Sancho Ramirez, king of Aragon (1064-1094). Mann examines groups of buildings constructed by particular patrons against the backdrop of changing social conditions and attitudes that resulted from increased influence from beyond the Pyrenees, the consolidation of royal power, and intensified aggression against Muslims.
An in-depth study of the rise of an architectural style, this is the first book to examine early Romanesque architecture and sculpture of the Iberian Peninsula as it relates to frontier culture.