Romanticism and the Letter 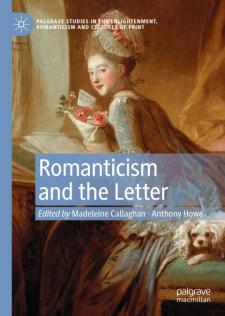 Romanticism and the Letter is a collection of essays that explore various aspects of letter writing in the Romantic period of British Literature. Although the correspondence of the Romantics constitutes a major literary achievement in its own right, it has received relatively little critical attention. Essays focus on the letters of major poets, including Wordsworth, Byron, Shelley and Keats; novelists and prose writers, including Jane Austen, Leigh Hunt and Charles Lamb; and lesser-known writers such as Melesina Trench and Mary Leadbeater. Moving from theories of letter writing, through the period’s diverse epistolary culture, to essays on individual writers, the collection opens new perspectives for students and scholars of the Romantic period.