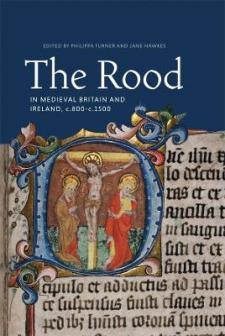 The rood was central to medieval Christianity and its visual culture: Christ's death on the cross was understood as the means by which humankind was able to gain salvation, and depictions of the cross, and Christ's death upon it, were ubiquitous.
This volume brings together contributions offering a new perspective on the medieval rood - understood in its widest sense, as any kind of cross - within the context of Britain and Ireland, over a wide period of time which saw significant political and cultural change. In doing so, it crosses geographical, chronological, material, and functional boundaries which have traditionally characterised many previous discussions of the medieval rood. Acknowledging and exploring the capacity of the rood to be both universal and specific to particular locations and audiences, these contributions also tease out the ways in which roods related to one another, as well as how they related to their physical and cultural surroundings, often functioning in dialogue with other images and the wider devotional topography - both material and mental - in which they were set.
The chapters consider roods in a variety of media and contexts: the monumental stone crosses of early medieval England, twelfth-century Ireland, and, spreading further afield, late medieval Galicia; the three-dimensional monumental wooden roods in English monasteries, Irish friaries, and East Anglian parish churches; roods that fit in the palm of a hand, encased in precious metals, those that were painted on walls, drawn on the pages of manuscripts, and those that appeared in visions, dreams, and gesture.