The Routledge Companion to Britain in the Twentieth Century 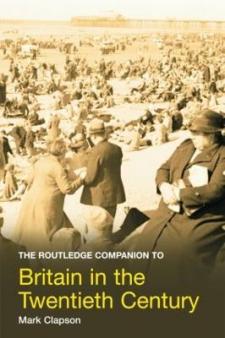 The Routledge Companion to Twentieth-Century Britain is a jargon-free guide to the social, economic and political history of Britain since 1900. Opening with a general introduction and overview of twentieth century Britain, the book contains a wealth of chronologies, facts and figures, introductions to major themes, the historiography of twentieth century Britain, a guide to sources and resources, biographies of the most important figures and a dictionary of key terms, providing a comprehensive and up-to-date introduction to this key period of change and development in this most urban of nations.

From the outbreak of World War One, to the introduction of the NHS, to the first television set, this book covers in detail some of the most important events that shaped twentieth-century Britain. Topics discussed include:

Packed with useful information, this guide will be an indispensable reference tool for all those seeking an introduction to twentieth century British history.