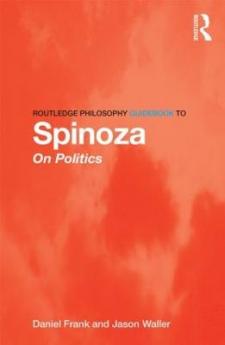 Baruch Spinoza is one of the most influential and controversial political philosophers of the early modern period. Though best-known for his contributions to metaphysics, Spinoza's Theological-Political Treatise (1670) and his unfinished Political Treatise (1677) were widely debated and helped to shape the political writings of philosophers as diverse as Rousseau, Kant, Marx, Nietzsche, and (although he publicly denied it) even Locke. In addition to its enormous historical importance, Spinoza's political philosophy is also strikingly contemporary in its advocacy of toleration of unpopular religious and political views and his concern with stabilizing religiously diverse democratic societies.

Spinoza's life and the background to his philosophy
the key themes and arguments of the Theological-Political-Treatise and Political Treatise
the continuing importance of Spinoza's work to philosophy.

This book is an ideal starting point for anyone new to Spinoza and essential reading for students of political philosophy and seventeenth-century philosophy.