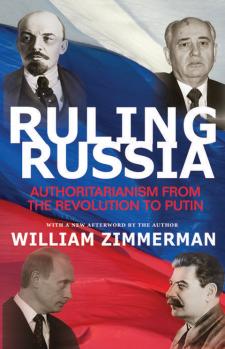 The first book to trace the evolution of Russian politics from the Bolsheviks to PutinWhen the Soviet Union collapsed, many hoped that Russia's centuries-long history of autocratic rule might finally end. Yet today's Russia appears to be retreating from democracy, not progressing toward it. Ruling Russia is the only book of its kind to trace the history of modern Russian politics from the Bolshevik Revolution to the presidency of Vladimir Putin. It examines the complex evolution of communist and post-Soviet leadership in light of the latest research in political science, explaining why the democratization of Russia has all but failed.William Zimmerman argues that in the 1930s the USSR was totalitarian but gradually evolved into a normal authoritarian system, while the post-Soviet Russian Federation evolved from a competitive authoritarian to a normal authoritarian system in the first decade of the twenty-first century. He traces how the selectorate-those empowered to choose the decision makers-has changed across different regimes since the end of tsarist rule. The selectorate was limited in the period after the revolution, and contracted still further during Joseph Stalin's dictatorship, only to expand somewhat after his death. Zimmerman also assesses Russia's political prospects in future elections. He predicts that while a return to totalitarianism in the coming decade is unlikely, so too is democracy.Rich in historical detail, Ruling Russia is the first book to cover the entire period of the regime changes from the Bolsheviks to Putin, and is essential reading for anyone seeking to understand why Russia still struggles to implement lasting democratic reforms.