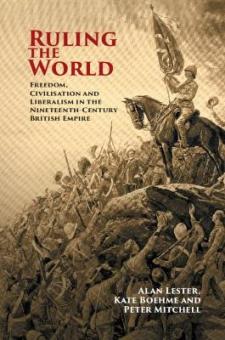 Ruling the World tells the story of how the largest and most diverse empire in history was governed, everywhere and all at once. Focusing on some of the most tumultuous years of Queen Victoria's reign, Alan Lester, Kate Boehme and Peter Mitchell adopt an entirely new perspective to explain how the men in charge of the British Empire sought to manage simultaneous events across the globe. Using case studies including Canada, South Africa, the Caribbean, Australia, India and Afghanistan, they reveal how the empire represented a complex series of trade-offs between Parliament's, colonial governors', colonists' and colonised peoples' agendas. They also highlight the compromises that these men made as they adapted their ideals of freedom, civilization and liberalism to the realities of an empire imposed through violence and governed in the interests of Britons.