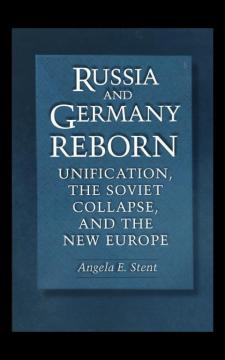 The relationship between Russia and Germany has been pivotal in some of the most fateful events of the twentieth century: the two World Wars, the Cold War, and the emergence of a new Europe from the ashes of communism. This is the first book to examine the recent evolution of that tense and often violent relationship from both the Russian and German perspectives. Angela Stent combines interviews with key international figures--including Mikhail Gorbachev--with insights gleaned from newly declassified archives in East Germany and her own profound understanding of Russian-German relations. She presents a remarkable review of the events and trends of the past three decades: the onset of d tente, the unification of Germany, the collapse of the Soviet Union, and the rise of an uncertain new European order. Stent reveals the chaos and ambivalence behind the Soviet negotiating strategy that led--against Gorbachev's wishes--to that old Soviet nightmare, a united Germany in NATO. She shows how German strength and Russian weakness have governed the delicate dance of power between recently unified Germany and newly democratized Russia. Finally, she lays out several scenarios for the future of Russian-German relations--some optimistic and others darkened by the threat of a new authoritarianism. Russia and Germany Reborn is crucial reading for anyone interested in a relationship that changed the course of the twentieth century and that will have a powerful impact on the next.