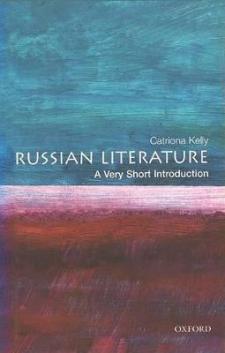 This book is intended to capture the interest of anyone who has been attracted to Russian culture through the greats of Russian literature, either through the texts themselves, or encountering them in the cinema, or opera.
Rather than a conventional chronology of Russian literature, the book will explore the place and importance of literature of all sorts in Russian culture. How and when did a Russian national literature come into being? What shaped its creation? How have the Russians regarded their literary language? The book will uses the figure of Pushkin, 'the Russian Shakespeare' as a recurring example as his work influenced every Russian writer who came after hime, whether poets or novelists. It will look
at such questions as why Russian writers are venerated, how they've been interpreted inside Russia and beyond, and the influences of such things as the folk tale tradition, orthodox religion, and the West
ABOUT THE SERIES: The Very Short Introductions series from Oxford University Press contains hundreds of titles in almost every subject area. These pocket-sized books are the perfect way to get ahead in a new subject quickly. Our expert authors combine facts, analysis, perspective, new ideas, and enthusiasm to make interesting and challenging topics highly readable.