Saints and Their Miracles in Late Antique Gaul 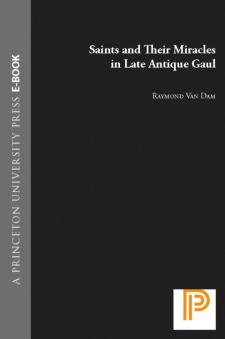 Saints' cults, with their focus on miraculous healings and pilgrimages, were not only a distinctive feature of Christian religion in fifth-and sixth-century Gaul but also a vital force in political and social life. Here Raymond Van Dam uses accounts of miracles performed by SS. Martin, Julian, and Hilary to provide a vivid and comprehensive depiction of some of the most influential saints' cults. Viewed within the context of ongoing tensions between paganism and Christianity and between Frankish kings and bishops, these cults tell much about the struggle for authority, the forming of communities, and the concept of sin and redemption in late Roman Gaul.Van Dam begins by describing the origins of the three cults, and discusses the career of Bishop Gregory of Tours, who benefited from the support of various patron saints and in turn promoted their cults. He then treats the political and religious dimensions of healing miracles--including their relation to Catholic theology and their use by bishops to challenge royal authority--and of pilgrimages to saints' shrines. The miracle stories, collected mainly by Gregory of Tours, appear in their first complete English translations.