Sakamato Ryoma and the Meiji Restoration 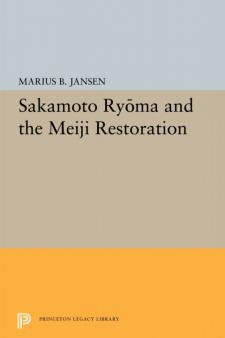 The Meiji Restoration of mid-nineteenth-century Japan was the outgrowth of upheaval as vital as the American Civil War or the French Revolution, and marked the beginnings of Japan as a forward-looking, unified state. The author tells the story of this crucial period of Japanese history through the career of a national hero, Sakamoto Ryoma, with Sakamoto as a symbol of Japan's enlightened growth.Originally published in 1961.The Princeton Legacy Library uses the latest print-on-demand technology to again make available previously out-of-print books from the distinguished backlist of Princeton University Press. These editions preserve the original texts of these important books while presenting them in durable paperback and hardcover editions. The goal of the Princeton Legacy Library is to vastly increase access to the rich scholarly heritage found in the thousands of books published by Princeton University Press since its founding in 1905.