Of Sand or Soil 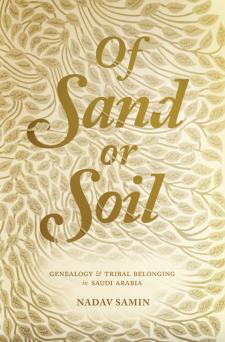 Why do tribal genealogies matter in modern-day Saudi Arabia? What compels the strivers and climbers of the new Saudi Arabia to want to prove their authentic descent from one or another prestigious Arabian tribe? Of Sand or Soil looks at how genealogy and tribal belonging have informed the lives of past and present inhabitants of Saudi Arabia and how the Saudi government's tacit glorification of tribal origins has shaped the powerful development of the kingdom’s genealogical culture. Nadav Samin presents the first extended biographical exploration of the major twentieth-century Saudi scholar Ḥamad al-Jāsir, whose genealogical studies frame the story about belonging and identity in the modern kingdom. Samin examines the interplay between al-Jāsir’s genealogical project and his many hundreds of petitioners, mostly Saudis of nontribal or lower status origin who sought validation of their tribal roots in his genealogical texts. Investigating the Saudi relationship to this opaque, orally inscribed historical tradition, Samin considers the consequences of modern Saudi genealogical politics and how the most intimate anxieties of nontribal Saudis today are amplified by the governing strategies and kinship ideology of the Saudi state. Challenging the impression that Saudi culture is determined by puritanical religiosity or rentier economic principles, Of Sand or Soil shows how the exploration and establishment of tribal genealogies have become influential phenomena in contemporary Saudi society. Beyond Saudi Arabia, this book casts important new light on the interplay between kinship ideas, oral narrative, and state formation in rapidly changing societies.