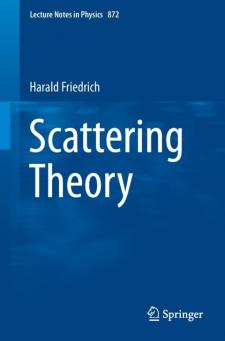 This book presents a concise and modern coverage of scattering theory. It is motivated by the fact that experimental advances have shifted and broadened the scope of applications where concepts from scattering theory are used, e.g. to the field of ultracold atoms and molecules, which has been experiencing enormous growth in recent years, largely triggered by the successful realization of Bose-Einstein condensates of dilute atomic gases in 1995.  In the present treatment, special attention is given to the role played by the long-range behaviour of the projectile-target interaction, and a theory is developed, which is well suited to describe near-threshold bound and continuum states in realistic binary systems such as diatomic molecules or molecular ions.  The level of abstraction is kept as low as at all possible, and deeper questions related to mathematical foundations of scattering theory are passed by. The book should be understandable for anyone with a basic knowledge of nonrelativistic quantum mechanics. It is intended for advanced students and researchers, and it is hoped that it will be useful for theorists and experimentalists alike.