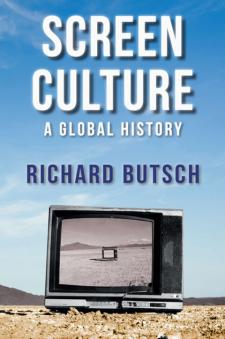 In this expansive historical synthesis, Richard Butsch integrates social, economic, and political history to offer a comprehensive and cohesive examination of screen media and screen culture globally - from film and television to computers and smart phones - as they have evolved through the twentieth and twenty-first centuries.

Drawing on an enormous trove of research on the USA, Britain, France, Egypt, West Africa, India, China, and other nations, Butsch tells the stories of how media have developed in these nations and what global forces linked them. He assesses the global ebb and flow of media hegemony and the cultural differences in audiences' use of media. Comparisons across time and space reveal two linked developments: the rise and fall of American cultural hegemony, and the consistency among audiences from different countries in the way they incorporate screen entertainments into their own cultures.

Screen Culture offers a masterful, integrated global history that invites media scholars to see this landscape in a new light. Deeply engaging, the book is also suitable for students and interested general readers.