The Search for American Political Development 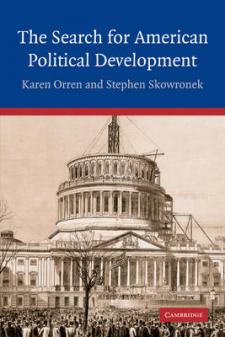 In recent years, American political development has claimed the attention of a growing band of political scientists, and scholars have begun to speak of 'APD' as a subfield within the discipline. This book provides a justification for studying politics historically, not only for what it reveals about the roots of political affairs at the present time but what it teaches about politics as an ongoing activity in time, anytime. Placing the character of political institutions at the center of analysis, Orren and Skowronek survey past and current scholarship and attempt to outline a course of study for the future.