In Search of the Folk Daoists of North China 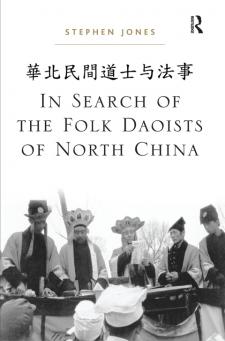 The living practice of Daoist ritual is still only a small part of Daoist studies. Most of this work focuses on the southeast, with the vast area of north China often assumed to be a tabula rasa for local lay liturgical traditions. This book, based on fieldwork, challenges this assumption. With case studies on parts of Hebei, Shanxi, Shaanxi, and Gansu provinces, Stephen Jones describes ritual sequences within funerals and temple fairs, offering details on occupational hereditary lay Daoists, temple-dwelling priests, and even amateur ritual groups. Stressing performance, Jones observes the changing ritual scene in this poor countryside, both since the 1980s and through all the tribulations of twentieth-century warfare and political campaigns. The whole vocabulary of north Chinese Daoists differs significantly from that of the southeast, which has so far dominated our image. Largely unstudied by scholars of religion, folk Daoist ritual in north China has been a constant theme of music scholars within China. Stephen Jones places lay Daoists within the wider context of folk religious practices - including those of lay Buddhists, sectarians, and spirit mediums. This book opens up a new field for scholars of religion, ritual, music, and modern Chinese society.