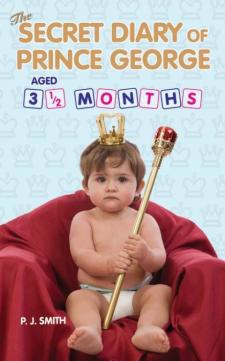 Buckingham Palace, London, 2013 - My mum and I seem to be on the cover of every magazine these days. She must be really pleased that I've made her so famous. Before I arrived, I don't suppose many people had even heard of her.Kensington Palace, London, 2013 - Dad's a pilot who flies helicopters right up in the sky. I think that's why he's called Highness. But just because Dad flies helicopters, it doesn't make him good at changing nappies. He had his first try at changing my nappy today. He was good, but I don't think he enjoyed it because he kept screwing up his face and yelling something about stinky poo!Kensington Palace, London, 2013 - Great grandma came round today. Her name is Queen. She's married to this grumpy old bloke called Chookee Edinburgh who walks around with his hands behind his back. I think he bites his nails and doesn't want anyone to see.