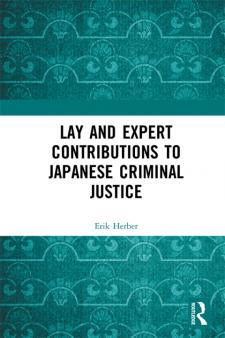 This book examines the little or not previously researched roles and contributions of non-legal professionals in Japanese criminal justice against the background of recent social and legal changes that either gave birth to or affected the roles played by these "outsiders". On the basis of a wealth of primary and secondary sources, including meeting records of policy makers and practitioners, surveys, interviews and court verdicts, the book zooms in on forensic psychiatrists’ role in the disappearance of criminally insane defendants from Japanese criminal courts; social workers’ new role in diverting a growing number of elderly, mentally disturbed repeat offenders from prison; the therapeutic dimension added to Japanese criminal justice proceedings with the introduction of a system of victim participation as well as the increasingly important role of forensic scientists’ contributions, notably DNA evidence, in Japanese courts. Finally, it examines lay judges’ contributions to sentencing practices as well as how these lay judges make sense of the other outsiders’ contributions. On the basis of very recent social and legal developments the book provides an original contribution to understandings of Japanese criminal justice, as well as more general socio-legal debates on the role of extra-legal knowledge in criminal justice. The book will be of value within BA and MA level courses on and to students and researchers of Japanese law and society as well as comparative criminal justice and socio-legal theory.