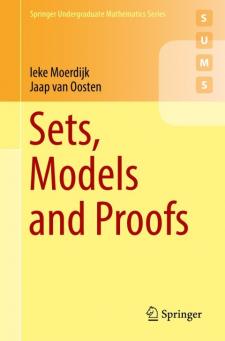 This textbook provides a concise and self-contained introduction to mathematical logic, with a focus on the fundamental topics in first-order logic and model theory. Including examples from several areas of mathematics (algebra, linear algebra and analysis), the book illustrates the relevance and usefulness of logic in the study of these subject areas.The authors start with an exposition of set theory and the axiom of choice as used in everyday mathematics. Proceeding at a gentle pace, they go on to present some of the first important results in model theory, followed by a careful exposition of Gentzen-style natural deduction and a detailed proof of Godel's completeness theorem for first-order logic. The book then explores the formal axiom system of Zermelo and Fraenkel before concluding with an extensive list of suggestions for further study. The present volume is primarily aimed at mathematics students who are already familiar with basic analysis, algebra and linear algebra. It contains numerous exercises of varying difficulty and can be used for self-study, though it is ideally suited as a text for a one-semester university course in the second or third year.