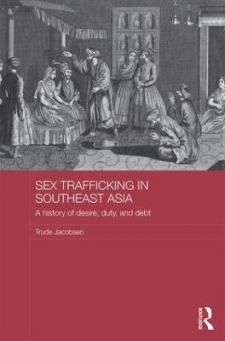 This book brings an important new perspective to the study of sex trafficking by considering the different types of social contracts which existed in the past that had sexual labour or activity as an inherent component. It outlines the nature of these social institutions - marriage, temporary marriage, debt bondage, and slavery - which were recognized in local law, carried no stigma, and endured for long periods. It discusses how labour pledged in return for a loan of cash or as a result of a punishment dictated by the state often included sexual labour, and how this could take the form of servicing the master of the house, his guests, or foreign travellers, who paid the debt-holder for the privilege, and how even wives of different ranks, temporary or permanent, and children, were pledged as sureties for loans. The book, which covers the modern states of Myanmar, Thailand, Laos, Cambodia, and Vietnam, argues that cultural norms are not static, that sexual contracts are more complicated than simply 'marriage' or 'prostitution', and that as trafficking for sexual purposes increases, those engaging in humanitarian intervention should improve their knowledge of the historical underpinnings of cultural understandings of familial and contractual obligations.