The Shadow of the Sycamores 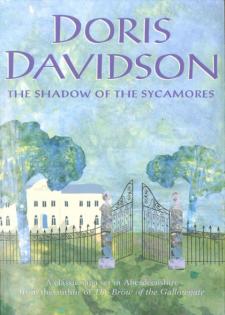 The Shadow of the Sycamores traces the fortunes of the Rae family, from Henry Rae's birth in 1871, when his drunken father, a blacksmith, forgets the name chosen for him, to his old age in the 1940s. We follow Henry's story as he leaves home at 13 to work as orra loon at a farm and eventually meets his beloved future wife, Fay, when he finds a new job at The Sycamores, a nursing home for the mentally disordered and the elderly. Events take a dramatic turn when their son, Jerry, under-gardener at The Sycamores, falls in love with a 16-year-old inmate. When they marry, another inmate a much older man becomes insanely jealous and the scene is set for tragedy, with three mysterious deaths. Jerry enlists in 1917 and is killed in action. Years later, the family find unfamiliar marriage and birth certificates amongst his personal effects and start to unravel the mystery surrounding his second wife and child. This leads to a shocking discovery and there are many twists and turns before the final resolution. This epic tale, from one of north-east Scotland's most renowned novelists, is romantic and heartrendingly tragic. THE AUTHOR Doris Davidson is a retired primary school teacher who lives in her native city of Aberdeen. She has published nine best-selling novels, including The Brow of the Gallowgate and The Three Kings.