In the Shadows of the Tropics 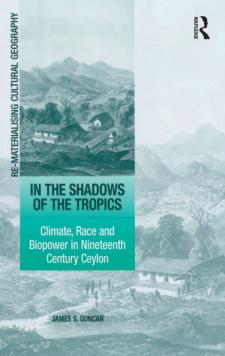 In this original work James Duncan explores the transformation of Ceylon during the mid-nineteenth century into one of the most important coffee growing regions of the world and investigates the consequent ecological disaster which erased coffee from the island. Using this fascinating case study by way of illustration, In the Shadows of the Tropics reveals the spatial unevenness and fragmentation of modernity through a focus on modern governmentality and biopower. It argues that the practices of colonial power, and the differences that race and tropical climates were thought to make, were central to the working out of modern governmental rationalities. In this context, the usefulness of Foucault's notions of biopower, discipline and governmentality are examined. The work contributes an important rural focus to current work on studies of governmentality in geography and offers a welcome non-state dimension by considering the role of the plantation economy and individual capitalists in the lives and deaths of labourers, the destabilization of subsistence farming and the aggressive re-territorialization of populations from India to Ceylon.