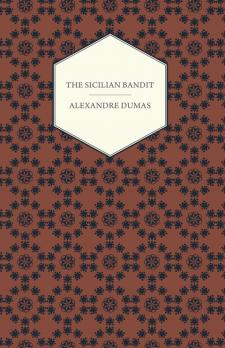 This antiquarian volume contains Alexandre Dumas's novel, "The Sicilian Bandit". An episode of "Captain Paul", it is a classic tale of love, pride, and betrayal sure to appeal to fans of Dumas's romantic sagas. With strong characters and thought-provoking themes, "The Sicilian Bandit" deserves its place amongst Dumas's best works, and would make for a great addition to any collection. Alexandre Dumas (1802-1870) was a famous French writer. He is best remembered for his exciting romantic sagas, including "The Three Musketeers" and "The Count of Monte Cristo". Despite making a great deal of money from his writing, Dumas was almost perpetually penniless thanks to his extravagant lifestyle. His novels have been translated into nearly a hundred different languages, and have inspired over 200 motion pictures. Many of the earliest books, particularly those dating back to the 1900s and before, are now extremely scarce and increasingly expensive. We are republishing this antiquarian book in an affordable, modern, high-quality edition complete with a specially commissioned new biography of the author.