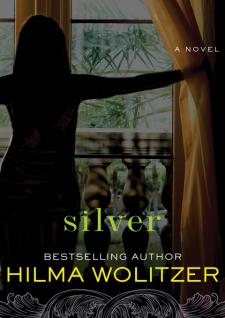 Silver revisits Paulette and Howard, the couple introduced in In the Flesh, and a marriage, once miraculously mended, faces its end again Paulette has decided to leave her husband. As the twenty-fifth anniversary of their hasty marriage nears, the thought of another year sleeping alongside Howard feels suffocating. Though they were happy years ago, he has always resented her for trapping him with her pregnancy, forcing him—as he sees it—into married life and the end of his youthful fun. They have both been unfaithful, and the wounds of their past indiscretions have never fully healed. And so she’s made the decision to leave him—but her plans are derailed when Howard suffers a sudden heart attack.   Thrown into action by Howard’s fragile health, Paulette must decide whose survival is more important. He may not live through her desertion, but can she give up her determination for a new beginning? In Silver, Hilma Wolitzer delivers a sensitive, thought-provoking, and startlingly frank novel of old ties and the yearning to start again.