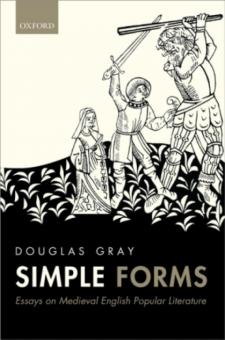 Simple Forms is a study of popular or folk literature in the medieval period. Focusing both on the vast body of oral literature that lies behind the written texts which have survived from the medieval period and on the popular literature provided by literate authors for audiences of hearers or readers with varying degrees of literacy, Douglas Gray leads new readers to a productively complicated understanding of the relationship between medieval popularculture and the culture of the learned. He argues that medieval society was stratified, in what seems to us a rigid way, but that culturally it was more flexible. Literary topics, themes, and forms moved; there was much borrowing, and a constant interaction. Popular tales, motifs, and ideas passed into learnedor courtly works; learned forms and attitudes made their way in into popular culture. All in all this seems to have been a fruitful symbiosis. The book's twelve chapters are principally organised genre, covering epics, ballads, popular romances, folktales, the German sage, legends, animal tales and fables, proverbs, riddles, satires, songs, and drama.